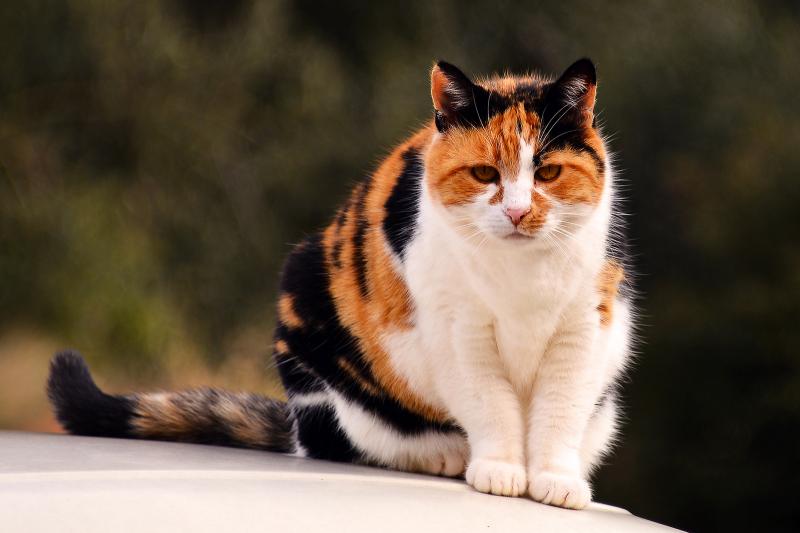 Hairballs in Cats – Are They Dangerous?

Ahh yes, the rewards of owning a calico cats for sale; the affection lavished on you when you come home, the cuddles and purrs as you fall asleep, the vermin snuffing, the funny antics, and the unmistakable “cat hacking” that precedes a hairball making an appearance… well, no one is purrfect.

If you are a cat parent, especially to an indoor cat, sooner or later you will become intimately acquainted with a hairball; just a cat fact of life. If you are new to cat rearing, your first experience witnessing your furball expel a rodent-like mass, will likely leave you fearing for Fluffy’s life, or recoiling in disgust, or probably both. Joking aside, while hairballs are – for the most part- just a gross annoyance for you and your cat, they can also pose a potential danger to your cat’s health. Fortunately, there are things that you can do to decrease the number of hairballs your cat develops, and help ease elimination of hairballs that do occur.

Yes, it is a ball of hair, but there is more to it, and you are about to enter the “yuck” part of this article. A hairball, technically known as a trichobezoar, is a mass of undigested hair mixed with digestive fluids and, on occasions, undigested food. The term hair “ball” is somewhat misleading. Hairballs that are expelled are actually shaped more like a cylinder due to the journey through the cats’ esophagus, thus they are frequently mistaken for feces – cue the “yuck” – especially if the cat’s fur is dark. The masses vary in size from about an inch to several inches in length, based on the amount of hair a cat ingests.

A cat will spend a great deal of time grooming itself, ingesting hair with each lick. Most of the hair that is ingested will pass through the digestive system with no incident. However, some hair will accumulate in the stomach and small intestines. Like any other foreign, undigested mass lying in the pit of one’s stomach, the body will eventually try to dislodge the intruder, which leads to the cat hacking, retching and vomiting of a hairball.

The frequency and severity of hairballs depends greatly on a cat’s coat, and grooming habits. Long haired cats are obviously more affected because they ingest more hair. Short haired cats have an easier time with hairballs. I personally have four cats, two long haired and two short haired, and while I have witnessed more than my share of hairball hackings, I have yet to see my 6 year old short haired cat spout a hairball.

Unfortunately, a wad of undigested hair can become so large it causes a stomach or intestinal blockage which would require immediate medical intervention. Possible warning signs of a blockage include:

Blockages are serious business. If you suspect your cat has a blockage seek the advice of a veterinarian immediately, since surgery is sometimes necessary to remove the mass. Without medical care, a blockage could seriously endanger the health of your cat, or worse, could be fatal.

What Can a Cat Parent Do?

Hairballs are inevitable, but there are some ways that a cat parent can minimize the frequency of occurrences, as well as decrease the likelihood of a blockage.

Make sure your cat is well hydrated. Cat parents understand the importance water plays in making sure your cat stays healthy and free of urinary tract and kidney problems, to name a few, but it also helps a cat expel hairballs. Without water in the stomach or digestive tract, the mass of hair can become dry, dense and hard, making it much more difficult to pass. Keep bowls of fresh water located throughout the house so your cat will not have to go far to get a drink.

Brush your cat regularly. The cat hair that you eliminate by brushing will be that much less hair your cat ingests. If you have a cat that responds poorly to being brushed, you can rub your cat’s coat with a cat wipe, or even a damp wash cloth. While this will not be as effective as brushing, you will still be able to remove some hair, and every little bit helps.

Reading Books – An Essential Thing For Getting Success